This was the first project of a long series that I conducted for an electricity distribution company from Spain whose name I omit for confidentiality. This organization had very specific needs that required a comprehensive custom development process, but for various considerations it was not desirable to start development from scratch. Therefore, the client chose to take an existing application providing the more general features required as contact management, customers and suppliers management, shared calendar, integrated email, etc. But at the same time that application had to be flexible and extensible enough to allow a whole range of custom blocks to be developed to meet their specific requirements.

In addition, the product should be able to integrate with external systems such as their own corporate website or other applications from third-party companies by using interfaces for data exchange.

Finally it was decided to implement a solution based on SugarCRM which would gradually evolve creating new custom modules that could progressively cover client’s growing needs.

My job was to deploy two virtual servers (one primary and one backup), hardening, securing and optimizing resources on both servers, SugarCRM installation, configuration and optimization, establishing a proper backup policy, programming multiple SugarCRM custom modules to meet specific client needs and finally integrating it all with the corporate website based on WordPress, with Dropbox and with other companies with which it was needed an information exchange through data files. 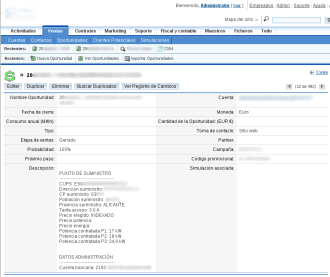 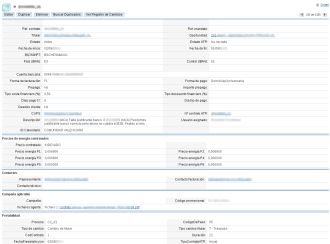 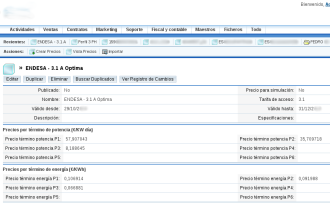 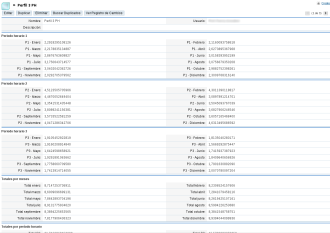 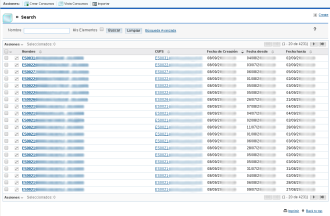 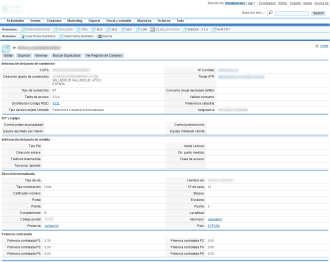 Invoicing module and Model no. 159 for Spanish Tax Agency (AEAT) 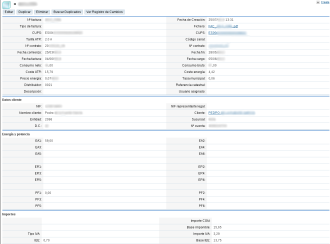 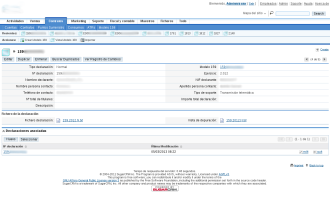 This integration was to make the contract form on client’s corporate website automatically generate won opportunities into SugarCRM. Also a rates simulator-comparison engine was created through which customers could get instant quotes on electricity contracting costs. This website’s comparison engine displayed a PDF full report with the month to month electricity costs based on users real or estimated consumption, as well as a comparison chart of what they would pay to other competing companies.

Official electricity rates were also integrated, which were entered and administered from SugarCRM, but appeared automatically in a more visually appealing fashion on WordPress corporate website. 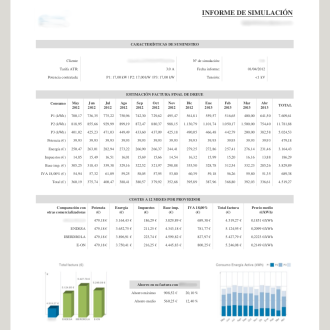 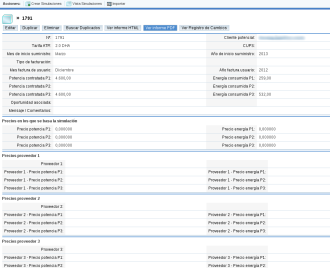 For those situations where it was necessary to manually import files from other provider companies, a SugarCRM <> Dropbox interface was implemented. Thus my client’s employees could just drag&drop these files to a Dropbox folder on their own computers so that they were automatically imported into SugarCRM and fully processed without any human intervention.

To achieve this SugarCRM had to automatically connect to that shared folder via the Dropbox API, download the files on it and automatically process them. If such processing was satisfactory, then correctly imported files were removed from Dropbox. This way user could well see how dozens of files dropped into Dropbox’s shared folder magically appeared into SugarCRM as individual records with all their fields completed only a few seconds later.

Finally, I implemented a number of automatic processes on SugarCRM scheduler whose mission was to send summary reports (contracts subscribed every week, won opportunities, etc.) and alert emails when certain internal events within SugarCRM occurred, such as warning emails sent to supervisors when a contract was about to expire, a customer requested portability from another company, an opportunity was won, etc.

If you also need a similar amount of SugarCRM customization, do not hesitate to contact me.

SugarCRM customization for advertising and online...