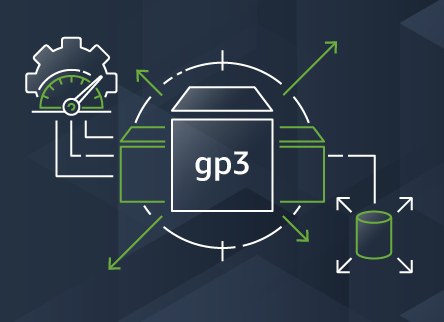 Last December Amazon announced its new EBS gp3 volumes, which offer better performance and a cost saving of 20% compared to those that have been used until now (gp2). Well, after successfully testing these new volumes with multiple clients, I can do nothing but recommend their use, because they are all advantages and in these 2 and a half months that have passed since the announcement I have not noticed any problems or side effects.

Making the change is extremely simple, just select a volume from the AWS console and change its type like this: 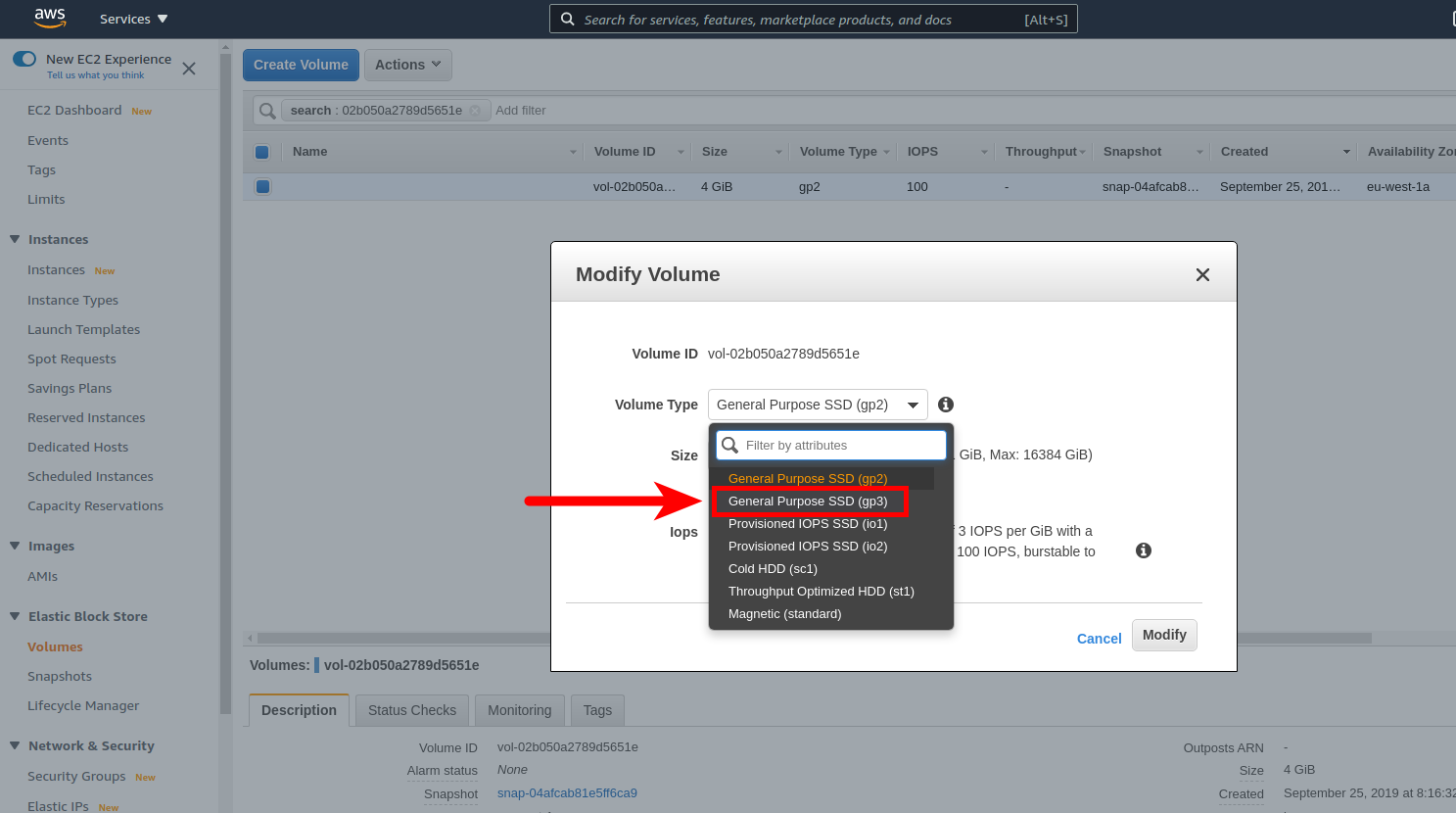 However, doing it this way when you have lots of clients that may have hundreds or thousands of these volumes, makes this a tedious, time-consuming and error-prone task, as we may inadvertently select a volume that was not gp2, or change it to another type that is not the expected gp3. And once we have made a mistake, the volume remains in the “modifying” state for quite some time and then in the “optimizing” state for even longer, which will require us to move on to something else and then remember to review all the volumes and correct those where we made a mistake.

To avoid these problems when we have a large number of EBS volumes, I wrote a very simple bash script that completely automates the task, saving us a lot of time and tedium and protecting us from making mistakes:

The only requirement is to have the jq tool to better handle the JSON returned by the aws command. It can be installed by simply running apt install jq or yum install jq, as it is included in the repositories of all Linux distributions.

Finally, it should be noted that this script will cause the default values for the IOPS (3000) and Throughput (125 MB/s) parameters to be set, but as these far exceed the performance offered by the gp2 volumes, this should not be a problem.

Needless to say, this same script can be used to massively change EBS volumes of other types, such as io1, io2, sc1, st1, etc.

Hope it helps you save time and headaches!

DanielScript to automatically change all gp2 volumes to gp3 with aws-cli02.16.2021

How to use 2 network interfaces on the same AWS s...