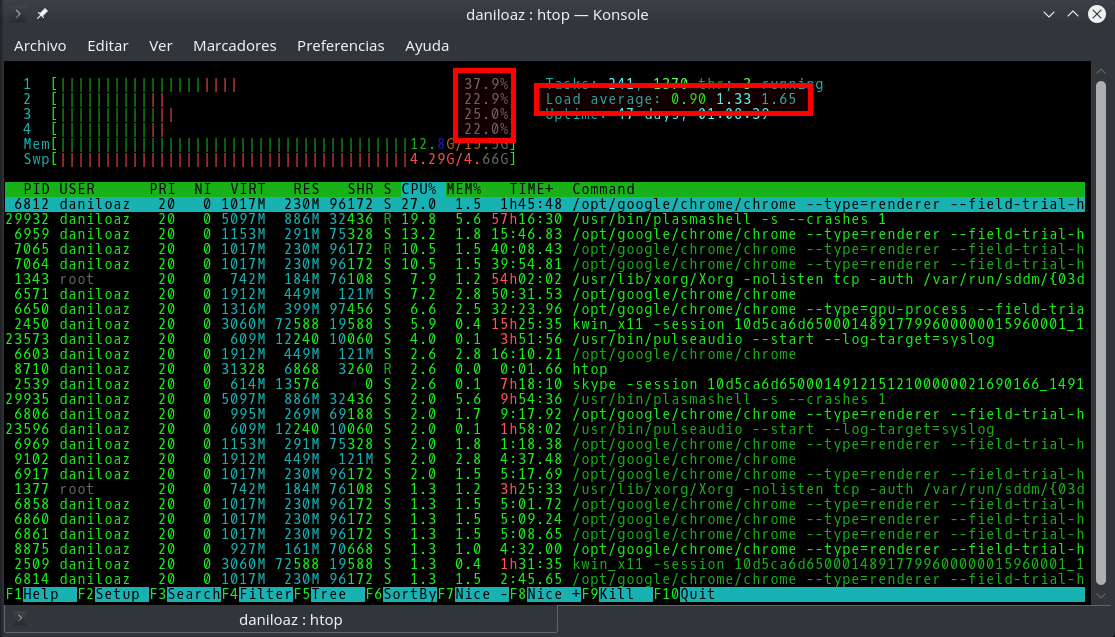 The CPU average load value is a very important metric to understand the behavior of a Linux system, and especially its current and recent past status. Many times there is confusion between this term and percentage of CPU usage, but differences are important. In this article I will try to explain the true meaning of both and how to tell if a Linux box is overloaded or underutilized.

It is shown in the different monitoring tools (top, atop, htop, etc.) as a set of 3 values representing the average CPU load experienced by a Linux system in the last 1, 5 and 15 minutes respectively. Therefore, a first difference is that these are historical values, while the percentage of CPU usage is typically measured in intervals of between 1 and 5 seconds, so their value is usually almost instantaneous.

The CPU load value represents in Linux the average number of jobs (read a set of program instructions in machine language corresponding to a process execution thread) that are running, in runnable state, or, very important, asleep but not interruptible (uninterrumpible sleep state). That is to say, to calculate the value of CPU load only the processes that are running or waiting to be assigned CPU time are taken into account. Normal asleep processes (sleep state), zombies, or stopped processes are not considered.

PROCESS STATE CODES
R running or runnable (on run queue)
D uninterruptible sleep (usually IO)
S interruptible sleep (waiting for an event to complete)
Z defunct/zombie, terminated but not reaped by its parent
T stopped, either by a job control signal or because
it is being traced
[…]

This is the meaning of different load values in a single-core processor computer:

In systems with multiple processors or cores (multiple logical CPUs), the meaning of CPU load value varies depending on the number of processors present in the system. Thus, a computer with 4 processors will not be used at 100% until it reaches a load of 4.00, so the first thing you have to do when interpreting the 3 load values offered by commands like top, htop or uptime is to divide them between the number of logical CPUs present in your system, and from there draw conclusions.

If we observe the different processes passing through the CPU during a given time interval, the utilization percentage would represent the fraction of time with respect to that interval that the CPU has been executing instructions corresponding to each of those processes. But for this calculation only running processes, not those that are waiting, whether they are in queue (runnable state) or asleep but not interruptible (for example waiting for the end of an input/output operation) are considered.

Therefore, this metric can give us an idea of which processes squeeze a CPU the most, but does not give us a true picture of system status, if it is overloaded or if it is being underused.

I emphasized at the beginning of this post as very important the uninterruptible sleep state (D in the above diagram) because sometimes you can find extraordinarily high load values in your computer and nevertheless the different running processes have a relatively low percentage of use. If you do not consider this state you will find the situation inexplicable and you will not know how to approach it. A process is in this state when it is waiting for the release of some resource and its execution can not be interrupted, for example when it waits for a non-interruptible I/O operation to finish (not all are uninterruptible). Typically, this situation occurs due to disk failures, network filesystems such as NFS malfunction, or because of the heavy use of a very slow device, for example USB 1.0 pendrive.

In this scenario we will have to use alternative tools such as iostat or iotop, which will indicate which processes are performing a greater number of I/O operations, so that we can kill those processes or assign them less priority (nice command) to be able to allocate more CPU time to other more critical processes. 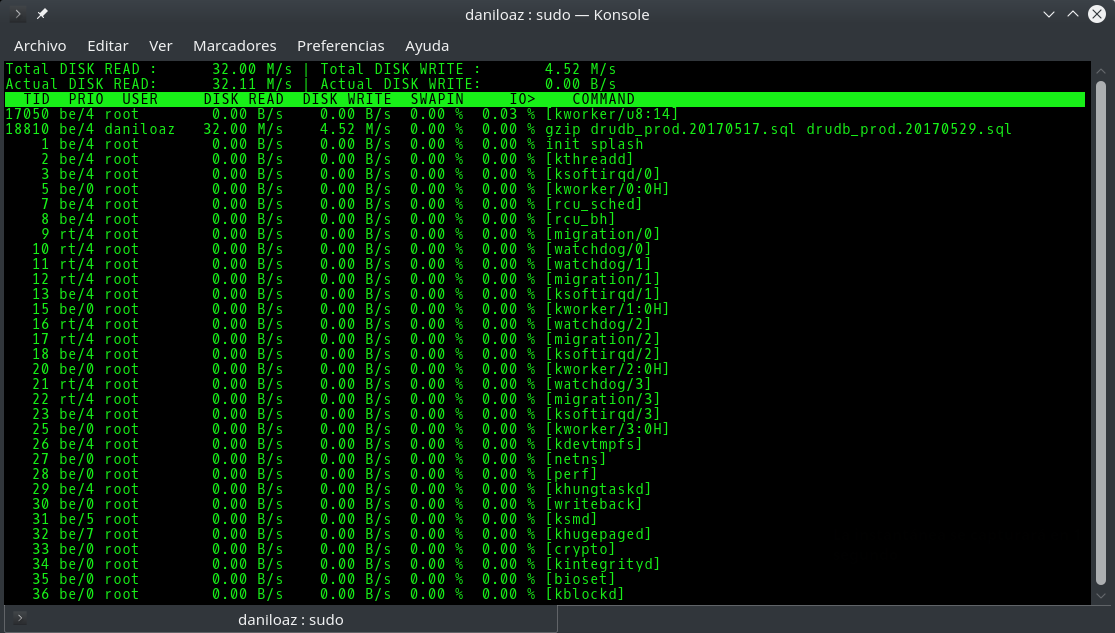 That the system overloads and exceeds load values of 1.0 sometimes is not a problem, because even with some delay the CPU will process the jobs in queue and the load will again decrease to values below 1.0. But if the system has sustained load values above 1 it means that it is not able to absorb all the load in execution, so its response times will increase and the system will become slow and unresponsive. High values above 1, especially in the load averages of the last 5 and 15 minutes are a clear symptom that either we need to improve the hardware of that computer, require less resources by limiting the use that users can make of the system, or divide the load between multiple similar nodes.

Thus, I make the following recommendations:

DanielWhat is the true meaning of system average load and CPU utilization in Linux?05.31.2016

How to know how many cores and processors has a L...